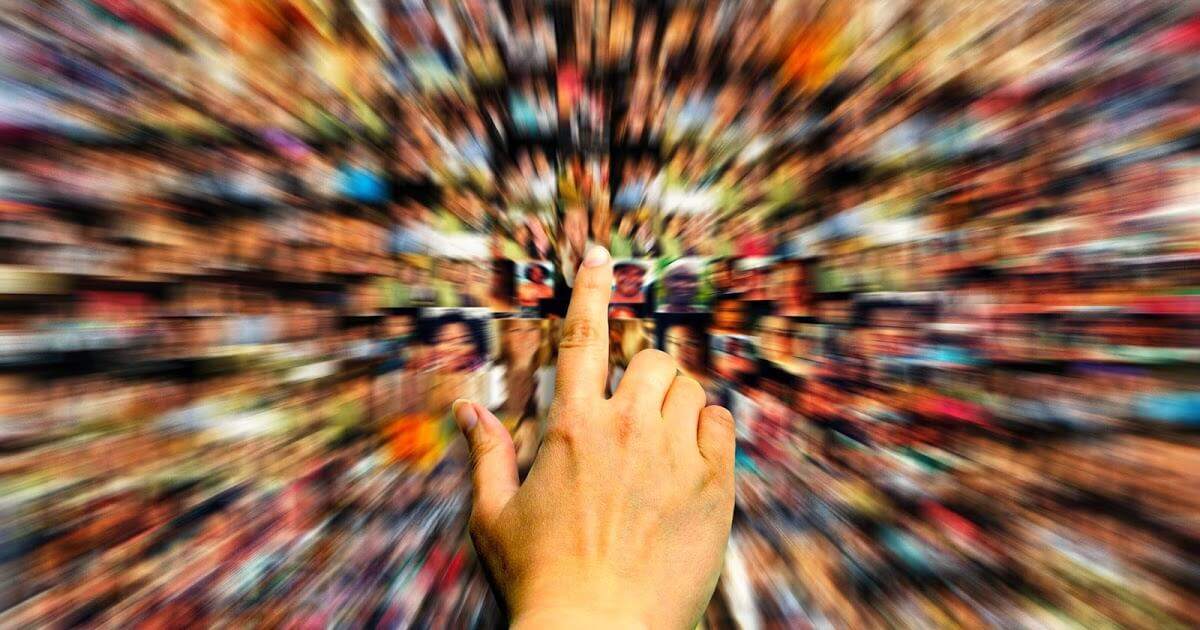 There are huge differences between Latin Americans (¿can we call ourselves Latinos?) and other ethnic groups, especially White American and Europeans. For starters, the difference between Hispanic and Latino is that Latinos are from Latin American descent (Central America, South America and the Caribbean). Hispanics on the other hand are people how have roots from Spain (what we would say in Latin America, our “mother country”).

Keeping on with the differences, let me state the obvious first. We love to talk, nothing new under the sun here, but the thing is that… we really love to talk. In fact, we love to talk so much that we use extra words in the Spanish Language. If your compare the English Language to Spanish, English uses 20% less words. Therefore, English-speaking people get to the point faster than Spanish-speaking people and although in the end we get to the point, for Latinos it´s all about the trip more than the destination itself. We love to tell stories and that is how most of our information is passed, WOM marketing.

I once read that Social Media Users in North America and Europe use Social Media and the Internet itself primarily for reading emails and for looking up phone numbers and addresses. I imagine that such apps like Google Maps and Waze are super important in countries such as Germany, England and in many cities in the United States where getting from point A to point B can be a bit confusing. I mean, I use Waze here in Santo Domingo, Dominican Republic when I need to get from point A to point B as fast as possible. Traffic here can get very really complicated really fast sometimes

On the other hand, in that same article, I read that Latinos use Social Media and the Internet for looking up phone numbers, addresses and reading emails as well, but use these platforms primarily for communications and instant messaging. Therefore, I can infer that we are also looking for information, phone numbers and addresses, but we prefer to chat our friends up first to find out how are they doing, what are they doing and if they have the phone number and/or address to that new coffee shop that just opened up and is super popular.

However, that just may be my perception about things. Let´s see some facts. 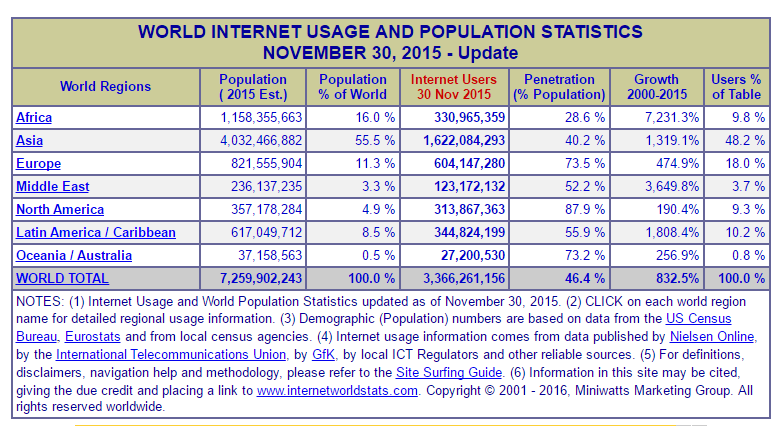 Latin America and the Caribbean have more than 344 million Internet Users (Nov 2015) according to Internet World Stats.  About half of the total for the Americas, 3rd place worldwide according to this survey and with room to grow since it only as a 55.9% penetration of the total population.

So what do we really like to do when we get online? Most of us like to go on Facebook, check our e-mail, watch online videos on YouTube, read the news and chat online. Now, IM platforms such as Whatsapp very popular in Latin America are not part of this chart. Nevertheless, it is part of the next one. 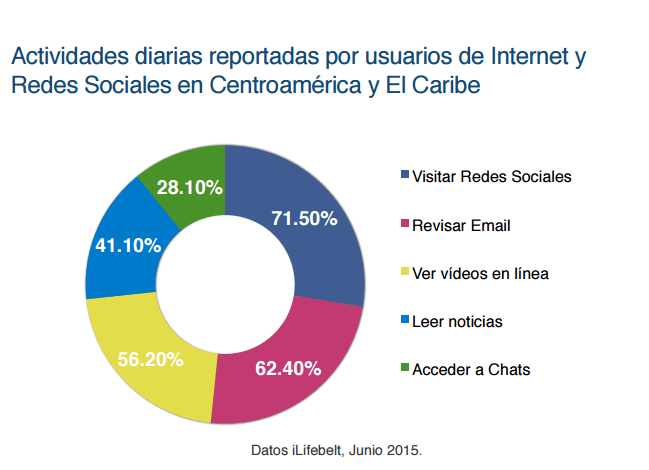 The top three platforms in Latin America and the Caribbean are Facebook, Whatsapp and YouTube. I´m a bit surprised that Google+ is number four before Twitter and Instagram. Even though here in the Dominican Republic, there has been an aggresive positive trend for Instagram and Snapchat. In conversations with people who live in other countries we can find that Social Media penetration remains very traditional. In most LA countries, Facebook and Twitter are the most popular. This is why I have a personal theory that Dominican Republic has a large amount of advanced Social Media users that are very sensitive to US trends. 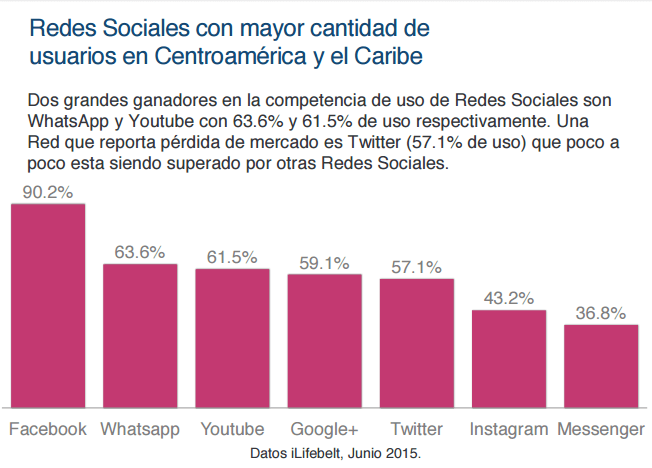 In the end Latin American users may vary in which platform they prefer to go online, amount of hours per day they use to do so, at what time of the day they do get online and what do they like to do. The common denominator is that they seek to connect. Therefore, for a brand to penetrate in Latin American it has to focus on one thing that is key across cultural borders, it´s content.

Whether its tweeting potholes in Panama, Social TV in Colombia (when you combine TV and Twitter) or digital political activism in Brazil,  content and context is everything. Because your message has to compete with what is going on now. Your conversation has to be relevant, current and has to add value for that user. Social Media users especially in Latin American have been so used to traditional marketing techniques for so long that more evolved markets such as Argentina, Chile and México (because of their number of Internet users and their historic advertising tradition) are starting to adopt alternate marketing techniques looking very closely at such key indicators such as age group and addresses. This is why we can see a trend of brands talking to people instead of telling them what to do.

In this study, we see that brand-related conversations with consumers are three times higher in Latin American than in the United States.

“We have conducted WOM research in many different markets around the world, and nowhere do consumers talk more about brands than in Latin America,” said Ed Keller, President at Engagement Lab and CEO at Keller Fay Group.”

And the topics go from Food & Dining, Media and Entertainment, Electronics, Sports, Health to Personal Care, Retail & Fashion, Financial Services and Travel. Digital trust (reviews and comments from other users) and WOM remain as top sources of information for Latin American consumers.  Why?

Because we love to talk.

This is a first of a series of articles written in English. I hope you enjoyed this one. If you have any topics you would like to see, leave a comment 🙂 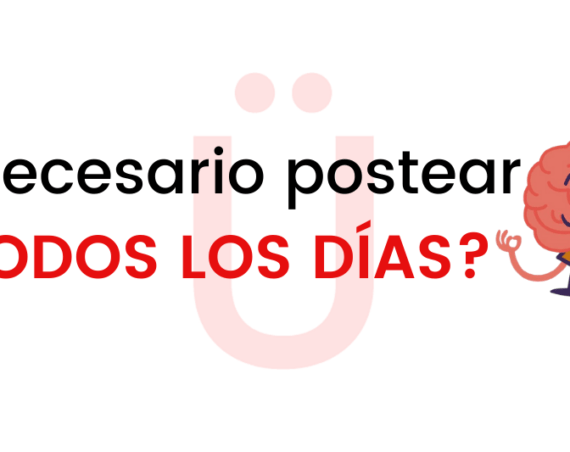